In 2017 we got a dog.  At the time, we have been living in Korea for almost 4 years and since we had just signed a contract to stay at our then current work place we decided it was time to get a dog. Generally dogs provide a lot of joy and is also a good stress reliever. Research even suggest that people who own pets, are happier than those who don’t. Therefore…. since there’s research involved… we got a dog

Getting the perfect puppy

If you do research about where to get a puppy you’ll come up with a lot of bad reviews about dogs from pet shops. Furthermore, if you walk into some pet shops you can immediately see that some of those dogs are either under fed or already looking sick.

Therefore we decided to get a puppy from an owner who already has his own dogs and is not a dog breeder. We were in luck as my friend heard that we were looking for a dachshund and she saw an advertisement in the local ‘cafe’ about dachshund puppies for sale. Luckily the owner was really particular about giving his puppies to a good home and to us, it meant that he really cares for them.

Because we lived in an apartment we had to crate train her, which really helped her. Even today she still finds her comfort in her little crate although we changed her crate from a plastic one to a cute fluffy little house. She knows that she’s safe there and even though she eats my shoes, I won’t touch  her in there. The crate training also helped her a lot when we traveled across Korea and overseas.

Last week we went to Suncheon, a city right at the bottom of Korea. We came across a cute little coffee shop called Brick Cafe. The main them of the Cafe is basically Lego but they also have a wide variety of action figures , comic books and other collectables. It was a lovely little cafe. Most of the coffee tables are Korean style which means that you sit on the floor with lovely little cushions around you. You can even read some of the comics if you stay for a while

I would love to visit this little cafe again. It had a relaxed atmosphere and it was nice and warm especially with the rays of sunlight breaking through the windows.

We have officially started our holiday countdown. For those of you who don’t know this yet, we’re going back home to South Africa for a month to take a little break. We’re leaving on Thursday and we’re just about ready to go. We haven’t packed yet but we have already bought some souvenirs to take back home.

Its not very easy to choose what to take, because you want to take something that’s Korean but also not so much Korean that you’re family can’t use it, for example chopsticks aren’t very useful in western countries unless you like a lot of Chinese, Japanese and Korean dishes. You also want to take something home that’s special.

This is what we’ve decided to take. Honey flower cakes and Honey Butter Walnuts. Honey and Butter is something that is truly very Korean. We get all kinds of Honey infused foods here, from bread and pizza to potato chips and even nuts so I thought that would be a nice treat for our parents. I’ve also gotten some Green Tea Kit Kats.( I see they’re actually from Japan…. but I’m taking them home in anyway 🙂 ) In addition to honey butter, Koreans love Green Tea in their cakes and sweets and I thought that would be really nice for the people back home to try.

As mentioned previously chopsticks might not be the best gift but I got some in anyway.

I also bought a french brandy

and some cute traditional Korean key-chains.

Now all that’s left is packing 🙂

As an English teacher in Korea, one of our key responsibilities is Halloween. Coming from South Africa we don’t really  celebrate Halloween except for the odd dress up party at the malls or theme park.

Last year was our first year in charge of Halloween. This year we’re having a Ghost house that span’s over 2 classrooms. My husband opted to be the witch as that confuses the children. If they know that it’s only their teacher in a costume then they aren’t as scared. When they are scared they usually say your name, if you respond then they know its you but if you stay mute then you freak them out a bit more.

For my husband’s Witch room we had to make some props which included a witch house, a scary tree and some books and bottles. We’re not finished with everything yet but here is what we’ve done so far.

This was the initial tree, my husband built a cute little house out of boxes and stick on bricks. We built the tree out of a refrigerator box and some paper mache arms. I later decided that we had to make the tree look a little scarier

And this was the result.

For his entrance I also tried to make a tree looking door, which didn’t come out as I had hoped , but it looks OK for the purpose. It’s not done yet… but I used newspaper, liquid glue and some polystyrene balls cut in half to make the eyes.

For props I remembered ‘THE BOOK’ from Hocus Pocus

I made this from a box using a small rectangular box, tissues, tissue paper, liquid glue and some salt-dough clay and cream ribbed paper for the pages. I used this tutorial

Living in Korea we often deal with temperature between 29-33 degrees in summer with approximate humidity between 60-90%. This means that as soon as you step outside an air conditioned area you will begin to sweat. Your hair is constantly glued to your forehead and all your dresses stick to your bum when you stand up after sitting.

To survive in the humid weather firstly I rely heavily on braids. I love my long hair and my husband doesn’t like it when I tie my hair away from my face so I tend to go for a single braid to one side. My favourites are the reverse fishtail braid ( from luxyhair), and the Boho braid a la Blake Lively. Dresses are the easiest thing for summer but be careful of anything silk. Silk sticks to anything wet and in humid weather that will most likely be your thighs. It can be very embarrassing when standing up and fishing your dress out your bum crease. Another must have item for humid weather is a slip dress but go for nylon or cotton instead of silk

I’m not a huge fan of foundation and in humid weather its more of a nuisance than anything else. When the sweat start to drip down your face, so does your foundation. I found an amazing “men’s beauty” product here in Korea. It is a face cream but it has a tinge of foundation worked into it. It therefore gives you a little coverage and won’t drip down your face when you’re sweating, in addition it has 35 spf to protect you from the sun. A must have makeup product for humid weather is primer. It helps to keep ‘most’ of the makeup on your face in humid weather. Since I’m such a fan of urban decay I usually use their eye primer.

The best makeup looks for humid weather would include anything that would stick to your face when you sweat a lot. Stay away from eye pencils and rather use eye shadow to define your eyebrows. Koreans use tint for their lips. Its like a liquid stain that lasts for hours. It doesn’t smear or smudge, which is great because when we sweat a lot we tend to try and wipe the sweat from our faces and it often results in us smearing our lipstick on the rest of our faces.

And last but not least. When working in humid weather or planning on being away from home for more than two hours you will need some body mist, face mist and a handkerchief or tissues to dry your face and make you look fresh again. 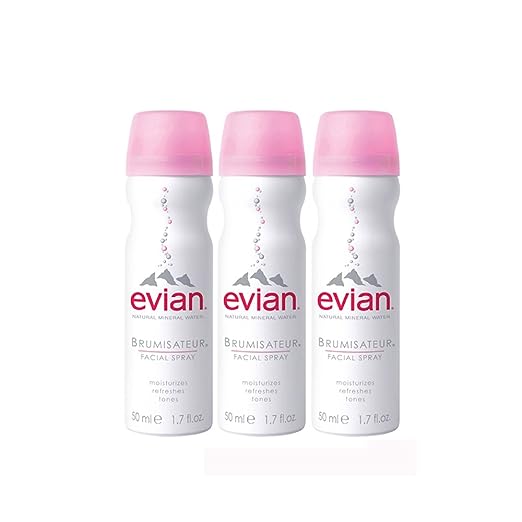